It is with deep sorrow to record the passing of Mr Chung Yuk Man (Old boy-1971/F5). Yuk Man served in the Executive Committee of the Association since the 1990s for over a decade, actively pioneering the sports development fund-raising activities for the Ying Wa College students and also soliciting sponsorship in the school campus relocation to Sham Shui Po.

He contributed so much to and in many ways for the Ying Wa family. He was a role model and an unsung hero at the OBA.

He will be dearly missed by us all.

His funeral will be held on 8-9 June, at the Shatin Po Fook Memorial Hall, details as per the attached obituary notice. 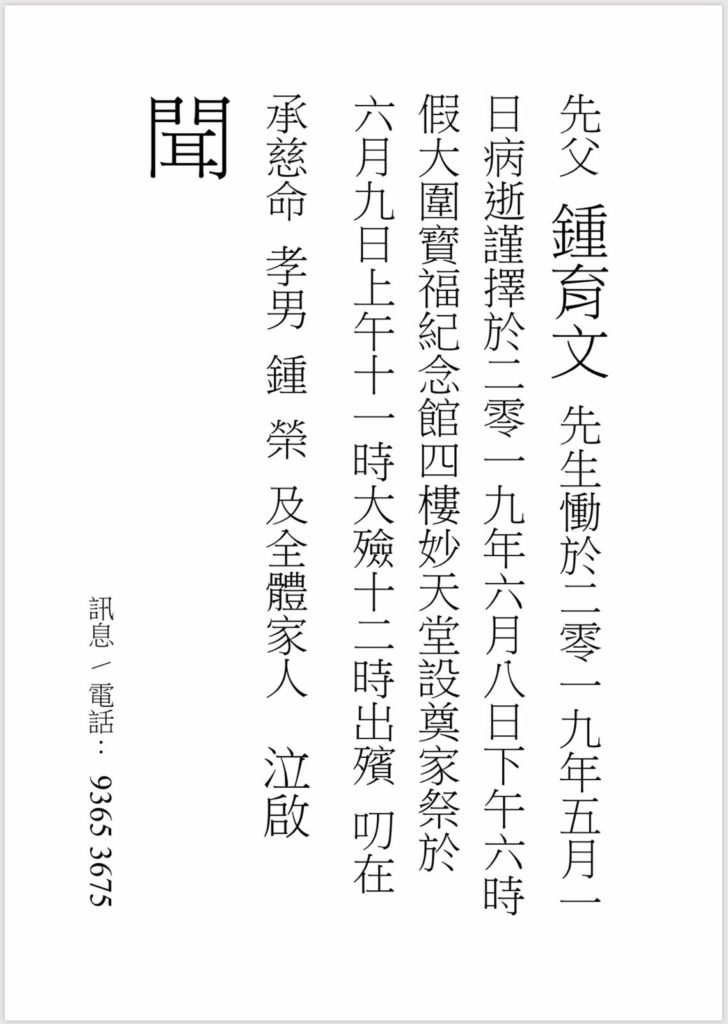