For details, please refer to the link below:
https://drive.google.com/file/d/1UI7bdfALGegtxXp3v9_sgVqrPMceVGDZ/view 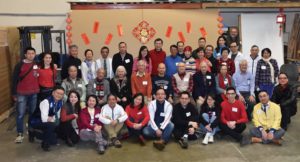 Kindly introduce the new Vancouver chapter. Thanks to a few enthusiast ic old boys putting it together. 👍🏻

If you are in town do “inbox” message and be connected. 💪🏻 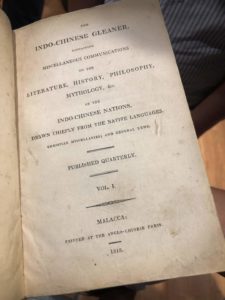 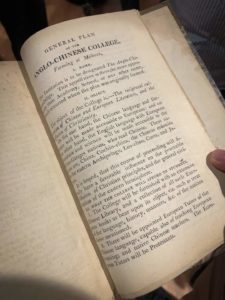 The Indo-Chinese Gleaner (ICG), an English quarterly magazine published by the Anglo-Chinese College in Malacca from 1817* to 1822, is a pioneer publication introducing to Western readers a wide range of topics including the literature, culture and politics of China and Asia. It is one of the first English magazines published in Asia, an important milestone in the history of protestant missionary work in Asia.

For Ying Wa boys, the ICG is also an important milestone: it is one of the first items ever printed and published by Ying Wa College which also contains key information on the founding and early history of Ying Wa College. The ICG served as the platform for Ying Wa and its members to share news and their latest findings on various topics, almost like a Facebook page for the first 5 years of Ying Wa.

The ICG is also the brainchild of Robert Morrison and William Milne (from its origination, direction, contribution of articles to its finance), and very likely its printing was physically handled by Leung Faat (in his capacity as the chief Chinese printing worker of Ying Wa).

In Morrison’s own words, the ICG: “intended to promote the same objects as the College, “The reciprocal cultivation of English and Chinese literature, and the diffusion of Christian sentiments.””

A group of 17 old boys from Morrison House, Milne House and Leung Faat House, after 4 months of extensive research and planning, with assistance from and consultation with Ying Wa College and YWC Heritage & Archives (Chapter of OBA), purchased a near complete set of the ICG from a reputable antique book dealer in London, and brought it back home tonight.

This set of the ICG was also bound with the rare and valuable 3-page prospectus of Ying Wa dated October 1818 and named “General Plan of the Anglo-Chinese College forming at Malacca”, which was printed for general distribution in Malacca before the ceremony of laying the foundation stone.

Heart felt appreciation to all donors for their support on this project. They are:

The spirit of bringing the ICG and the General Plan back to Ying Wa is more than preserving an old book. While Morrison, Milne, Leung and our Malacca campus are long gone and no where to be found, this very object is now back in our hands. Its presence would help generations of Ying Wa boys to transcend time and space to the very beginning of our mother school.

If you are interested to make similar donation to help bring our cultural relics back to the Home of Our Youth, please feel free to contact us.

To find out more about the ICG, see 皕載英華 p137 to 139. Online versions of the ICG are available from the following links
Oxford:
http://solo.bodleian.ox.ac.uk/permalink/f/ds4uo7/oxfaleph014570528

*The printing press, completed before the laying of the foundation stone of the school on 11 Nov 1818, was considered as part of the College. 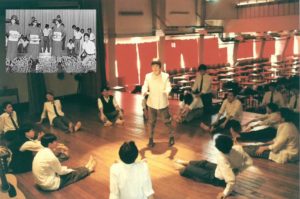